The queen bee must lay 1,500-2,000 eggs a day to keep the hive’s population growing. The video below shows the queen walking on the honey comb to find an empty cell to lay an egg into. You can see her sticking her head into the cells, she does this not only to check and see if there is already an egg in it but also to determine what size the cell is. Once she determines the cell is empty, she will then put her head in further to gauge the size of the cell in order to determine whether the cell is made for males or females.

The female (worker bees) cell is smaller than the large male (drone) cells. The ratio of males to females is regulated by the worker bees when building the comb. The mass majority of the cells are made for females with the male cells are found towards the bottom, outer-edges of the comb. Usually males comprise less than 10% of the population, each hive differs and can be as low as 1%.

The queen then sinks her abdomen into the cell and deposits the egg which has a sticky end that keeps the egg upright. In three days the egg will hatch and this will be the larvae stage, in the picture you can see the fresh laid egg in the center of the honey comb cell. 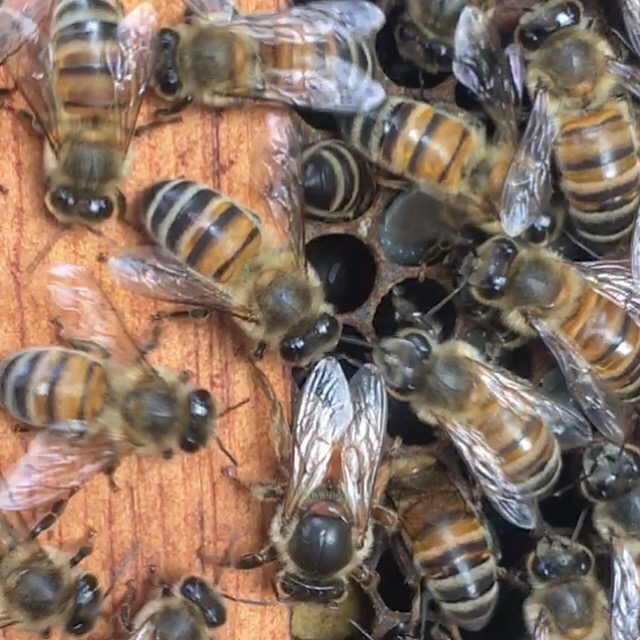